Let’s lengthen my “one-word reviews” to “one-paragraph”. One word is still too little.

And yes, lol, it looks like I have quickly given up on systematic ratings. Heh.

It turns out Luke had a childhood friend who was identical to Cecily, and something tragic happened to her. That explains his coldness, but it doesn’t make this any less lame. It’s still sweet, though. I guess I’m a sucker for the “childhood friend” character.

So, like… Cecily and Luke go out on a date. Cecily is finally wearing something that doesn’t emphasize her bust (e.g. normal girl clothing). Tsundere+tsundere makes for a rather entertaining combination.

Another reason I dislike this anime is because it goes against some of my principles. Cecily “tries so hard”, yet she still sucks so bad, it’s almost funny.

Kobato’s character is cliche and lame, but sure. Whatever. Fujimoto-san is totally a relate-able character, though.

“Chiho” and “Chise”? Great, more CLAMP crossovering >< Anyways, yay for Chitose showing up. I don’t even remember her at all from Chobits of any of her incarnations in Tsubasa.

Oh, and how come it -just happens- that every person Kobato meets is “troubled”? I like the inner themes of “kindness”; personalities, problems, the meaning of strength — true strength. It’s a CLAMP thing… but the characters of Kobato aren’t likable enough.

However, I still feel CLAMP could have done this even better. It was touching, yes, but… you could tell it was intentionally meant to be touching, and I just don’t like that feeling. A. [6/10] 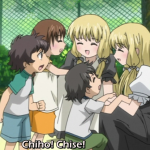 The Chii twins, except they’re not. 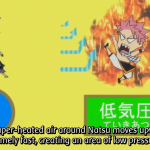 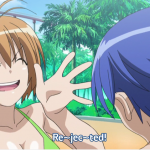