UGH! This anime was epic. I just finished it 10 minutes ago, and I have to collect my thoughts (therefore this post will be something I’ll write over the course of a couple days). I would like to make this a pictureful post, but I have not the time for such pleasures.

I’ll begin by discussing the end. Osawa Maria is easily one of the most innovative anime characters I’ve ever seen. She is innocent, cute, and has the typical “blonde” stereotype, yet she is capable of so many deeper realizations. Her thoughts and feelings, represented as voiceovers throughout the course of the anime, provide such breathtaking truths involving life and the many major themes of this anime.

edit 10/8: Ahaha, actually I don’t really have time to finish this post. Maybe I’ll make Hanchan write a summary and interpretation of this anime (since he sucks at it and needs practice).

I spent my whole afternoon today watching anime. (Only because I had no homework, cuz I finished it all at school >_<)

Anyways, I finished Hayate no Gotoku!!. THAT WAS HILARIOUS. WHERE IS MY THIRD SEASON?

I’m catching up on Kanamemo and Sora no Manimani, and I started CANAAN again.

My god, CANAAN is getting epic. How do they fit this much awesome plot into 13 or so episodes?

Tsk, all the characters are so enigmatic, and Maria is so cute~~

And that weird girl who pops up everywhere, what’s up with her? She’s cute too ^_^

By the way, this anime is not in any way a “cute” anime (I just tend to notice and comment about the cute parts ><)

HD is too tiresome though (fixing gg’s subtitles to fit takes a good 10 minutes), so I’ll continue from ep 4 on, in 720p.

Agh, I wish I had time to take screenshots and make more pictureful posts. Tsk.

The worst thing about something new arriving is that something old must depart.

This season’s Summer 2009 animes were all very excellent (and I believe Fall 2009 will be just as awesome, if not better). Hayate2 ended suddenly, as did Saki (as expected, half of the final episode was devoted to yuri. meh, the ending/preview for next season was epic). Princess Lover is of the one-shot type, I think, although the animation was spectacular (especially considering it was a vn adaptation). The setting was good (something not commonly found in vns), and although I can’t say it had great themes, they weren’t bad (something about… what was it? the disparity between the filthy rich and the filthy (literally) poor? it didn’t make any impression at all on me). CANAAN also ended, although I haven’t watched past ep2 yet. Sora no Manimani and Kanamemo, etc, I also haven’t finished yet. Bakemonogatari is still webcasting for two more eps, I think.

This was a short summary since I already said my goodbyes in a previous post. Long, pictureful, awesome post, go read it instead of reading this.

Ranting about Fall 2009 will be left to another post, but I seriously can’t wait for the first week of October. Almost like every anime I’m gonna watch this season will be coming out sometime that week! Some highlights off the top of my head: Shin Koihime Musou, Nogizaka Haruka2, Seitokai no Ichizon, To Aru Kagaku no Railgun, that one where a guy turns into a girl or something (cough soundslikeranma), etc etc etc. Some weird ones were that China-Japan collaboration one, and Inuyasha Final Season or something. Seriously, Inuyasha already has 500 episodes, do we really need 100 more? (no offense Rumiko Takahashi, Inuyasha was a good concept, it just got too long and fillery.)

Well, I’ve still got Umineko and a couple other things to watch while I wait for the Fall animes. And eventually I’ll get my Hayate3. Hehe.

END_OF_DOCUMENT_TOKEN_TO_BE_REPLACED 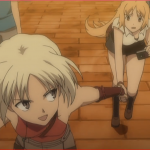 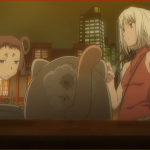 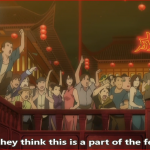 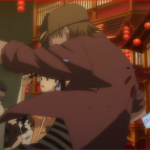 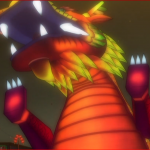